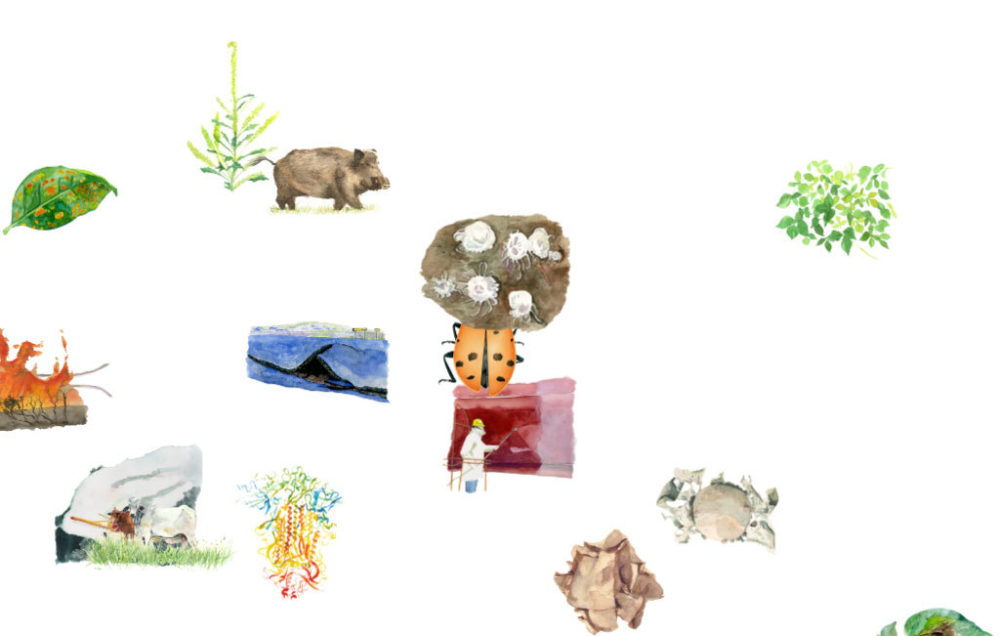 Debates about the Anthropocene often land on a particular critique: isn’t the notion of the Anthropocene itself, well, anthropocentric? Indeed, an uncritical idea of the Anthropocene – a term referring to a proposed new geological epoch, denoting a period in which human influence stretches from pole to pole – runs the risk of overstating human capacity for managing earth’s systems, while turning a blind eye to the many processes of social and environmental change that exceed or evade human prediction and control.

This talk draws insights from Feral Atlas: The More-than-Human Anthropocene, a recently released digital environmental humanities project which explores the unplanned and unintended effects of human action. The project brings together some 80 research-based field reports which take the ecological effects of human-built infrastructures as a starting point, and demonstrate how, through the landscape-scale disruptions that such infrastructures bring about, human action sparks vast and often uncontainable consequences for larger ecological communities. The project argues that these are not just “side effects” of the Anthropocene: rather, to the extent that popular use of the term refers to a period of global socio-environmental disruption, these effects are the Anthropocene. In this talk, Alder Keleman Saxena, a co-editor of Feral Atlas, will summarize some of the key insights from the project, emphasizing the importance of thinking about the Anthropocene from the perspective of specific landscapes and multispecies communities. She will also reflect on the implications of the project – and the research it reports – for her ongoing, collaborative research in transdisciplinary human ecology.
Alder Keleman Saxena is an assistant research professor at Northern Arizona University. Trained as an environmental anthropologist, her research has examined biodiversity and food systems in Latin America. She is a co-editor of Feral Atlas: The More-than-Human Anthropocene, a recently released digital project which combines academic text and multimedia storytelling to explore how human-built infrastructures have sparked the sweeping social and ecological upheavals collectively referred to as the Anthropocene.
http://www.feralatlas.org/
Download the slides (pdf, 30p)
Feral Atlas website